Algae Control is an essential part of maintenance of an aquarium, swimming pool or in other areas where the control of Algae is required.

In order to understand Algae control let's first of all understand what Algae actually is. Algae converts the by products nitrogen and CO2 which comes from fish waste and converts them into oxygen resulting in a healthier environment for the fish in that tank. Research has established that fish will benefit from algae as part of their daily diet. Some fish species will not thrive in captivity without adequate algae supplies in their tanks. An aquarium filled with algae can still look good and the benefits to the fish in that tank is substantial.

How do you get rid of algae in a swimming pool?

Floating algae or green water is a common occurrence in domestic swimming pools. When there has been an excessive build up it can require a mixture of several chemicals and a waiting period of several days to get rid of the problem. Regular pool maintenance can prevent this problem from developing. 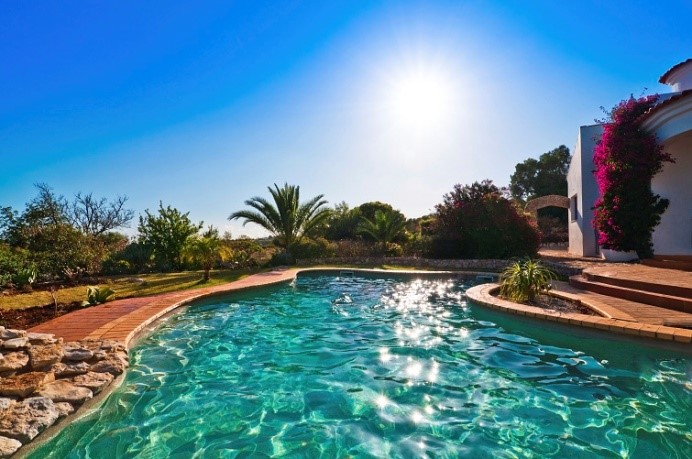 The most commonly used chemical is chlorine and whenever chlorine levels drop there will be a visible buildup of algae and in extreme cases shock treatment may be necessary which is simply the use of a larger than normal dose of chlorine. There may be other chemicals which works faster than chlorine but they do not deal effectively with other sanitary concerns while chlorine does and these products are more expensive and often have nasty side effects.

How do you get rid of algae in a tank?

It can be a time-consuming process to get rid of algae in a tank and to get the job done may require several specific steps to obtain the desired result. Some people make the mistake of using algaecides during the algae removal process but according to the experts this will not remove the conditions which cause algae to thrive because they can cover up the symptoms making a proper diagnosis difficult. Once algae have made itself at home in a tank a water test are simply not the most reliable tool in order to determine why the problem has started in the first place.

How do you clean algae off of rocks?

A beautifully decorated aquarium is not a place where algae is welcome because it can spoil the effects of a carefully designed underwater world. Nevertheless, removing the algae is a relatively simple process which requires the removal of the factors which led to the accumulation of algae. When these problem sources are properly removed algae will not be able to make a quick comeback. Take the decorative rocks out of your tank and wash them off under warm water while scrubbing thoroughly with an old tooth brush.

Is algae good for an aquarium?

Algae is abundant in nature in rivers and lakes, it can be seen on rocks and on plants which is growing in the shallows. Algae can also be found in large public aquariums often in substantial quantities and therefore it is somewhat strange that when it comes to fancy home aquariums, we find that algae have been declared public enemy number one. However, contrary to popular misconceptions, algae are not dirt but rather a microscopic plant and like all other plants it is good for your aquarium. Therefore, it is actually beneficial to have a certain number of algae in your aquarium.

View all posts by: Adam Rzadkiewicz