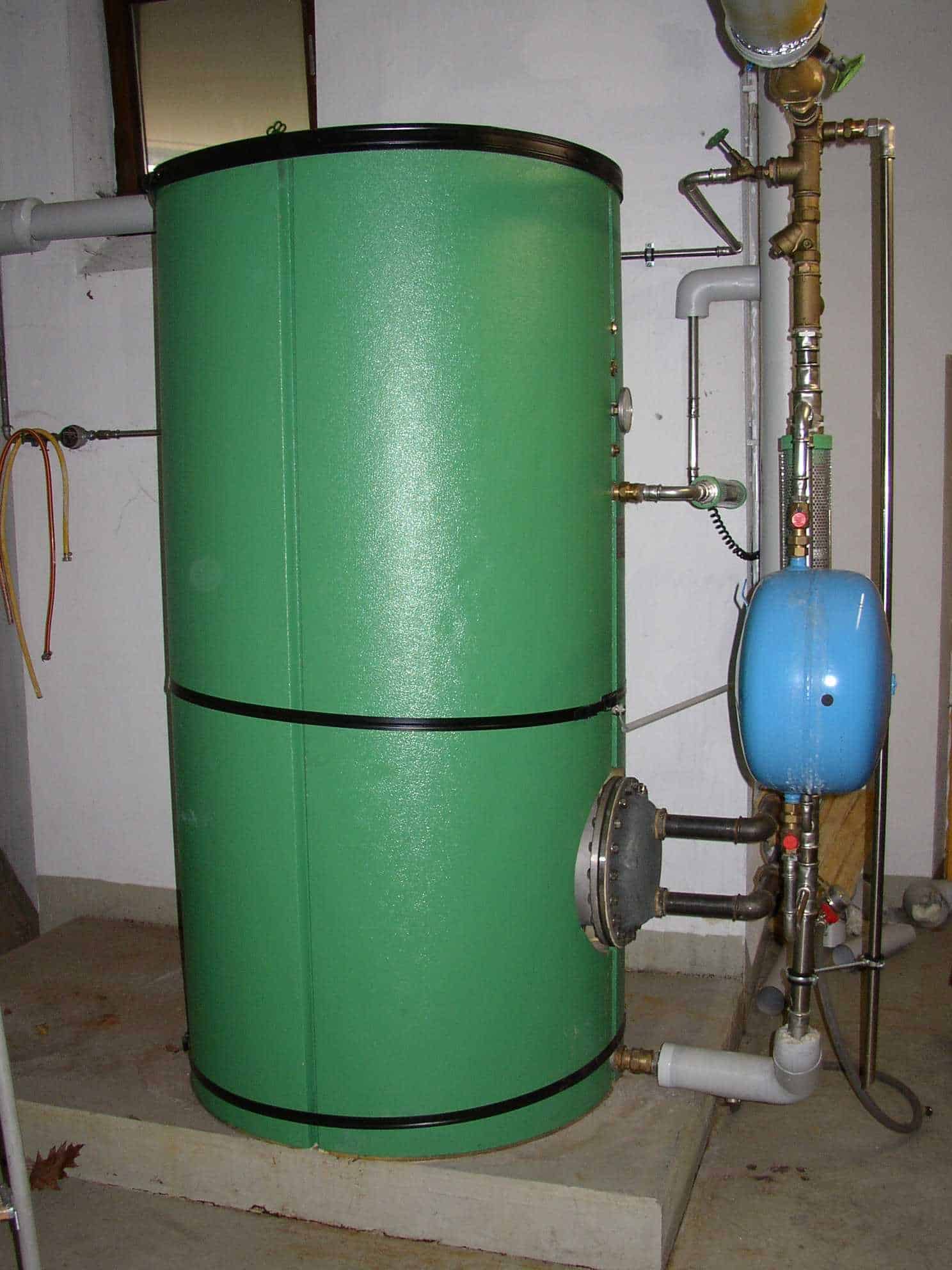 Initial Requirement: Testing the effectiveness of using ultrasound to control legionella and calcification in an industrial boiler system.

Munchen StadtWerke (Municipal Service Company of Munich, Germany), maintains immersion heating systems on behalf of regional customers,
including those in the Taufkirchen district of Munich.These boiler systems (Fig. 1), typically comprise an arrangement where the secondary water
for customer use, is heated by having a heat exchanger tube bundle (Fig. 2) immersed within it, through which the primary hot water is passed.
The primary and secondary water circuits are kept separate from each other.

The main problem is the formation of pathogens, in particular Legionella bacteria, in the secondary water chamber, which is typically kept at a
temperature of 55° C. To kill any germ formation, the boilers are traditionally heated up to a temperature of 80° C every night for an hour,
which significantly increases energy use.